According to Greene’s Forty-First Law of Power, do not stay in the shadow of great men. Pioneers are always thought to be greater than those people who follow them. Instead of following them, select a new course and make your own name and identity.

Analysis and Comments on the Forty-First Law of Power

According to Greene, the Forty-First Law of Power can be applied in practice by using the following ideas:

The following idea goes beyond Greene’s book and provides additional insight into the Forty-First Law of Power:

As William Shakespeare said in The Tempest, “What’s past is prologue.” Our past prepares our future. Before finding your own way, you have to learn the best from the great people of the past.

Law 42: Strike the Shepherd and the Sheep Will Scatter

According to Greene’s Forty-Second Law of Power, a group of people can often include an individual who sparks hostility toward you in other people. Do not wait until this person creates really big problems for you, and do not negotiate with the troublemaker. In order to neutralize his influence, you have to isolate or exile him. Strike the troublemaker and his followers will scatter.

Analysis and Comments on the Forty-Second Law of Power

According to Greene, the Forty-Second Law of Power can be applied in practice by using the following ideas:

The following ideas, facts and comments go beyond Greene’s book and provide additional insight into the Forty-Second Law of Power: 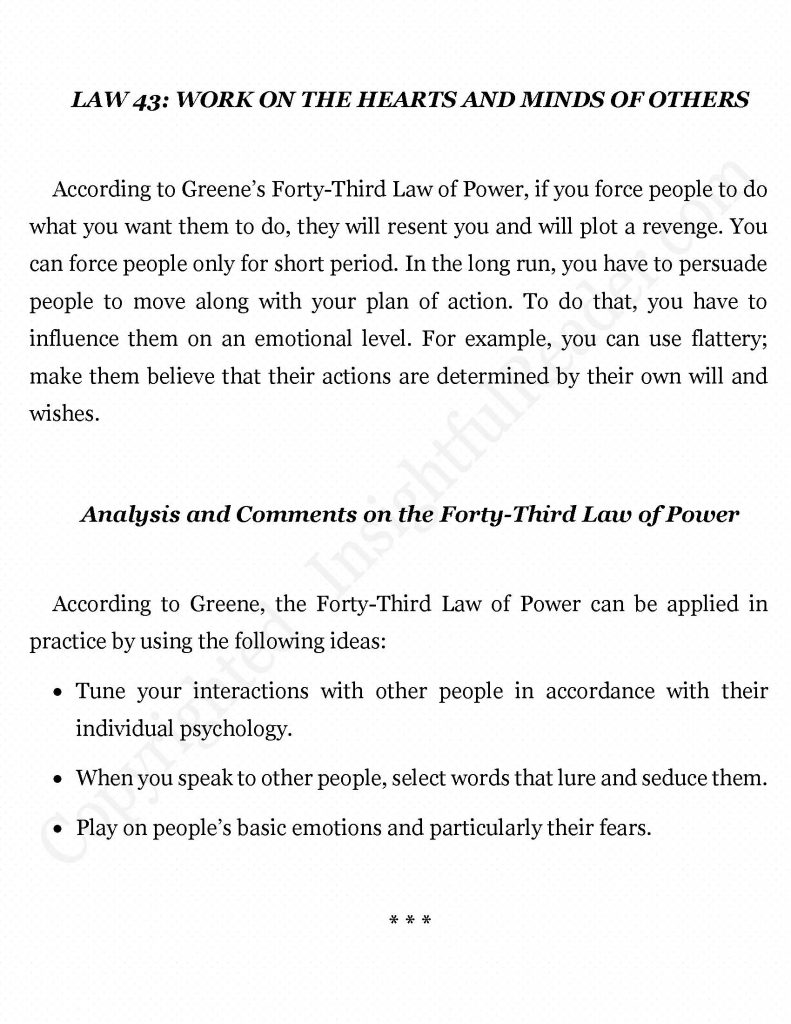 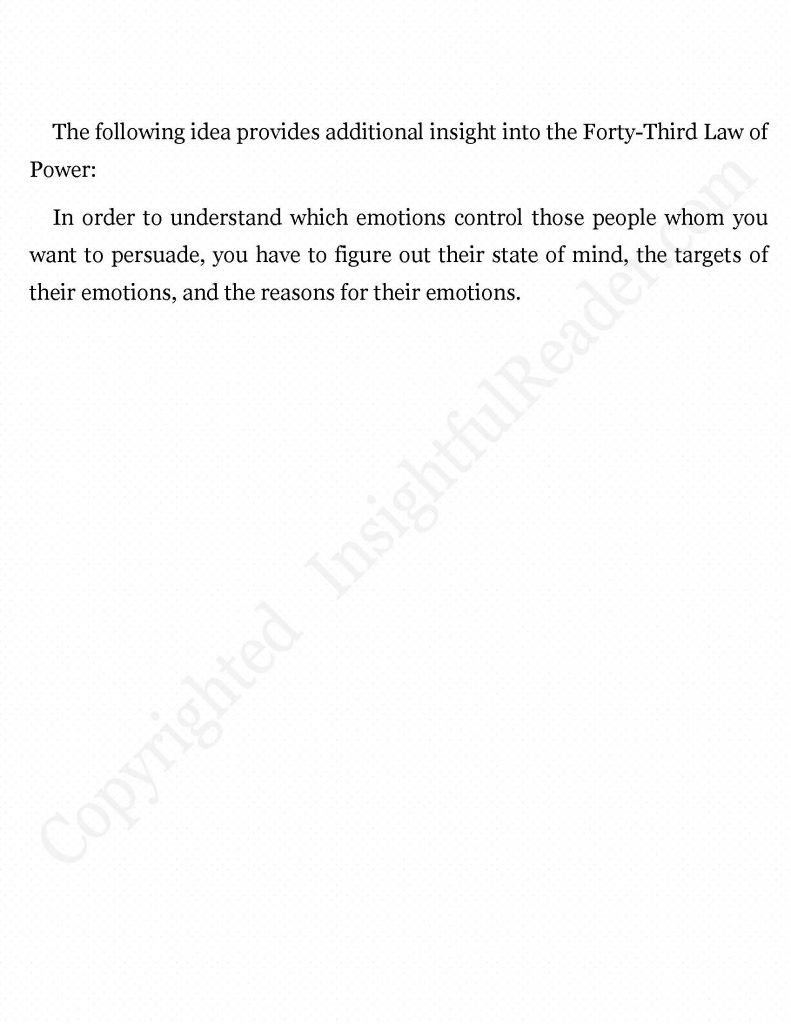 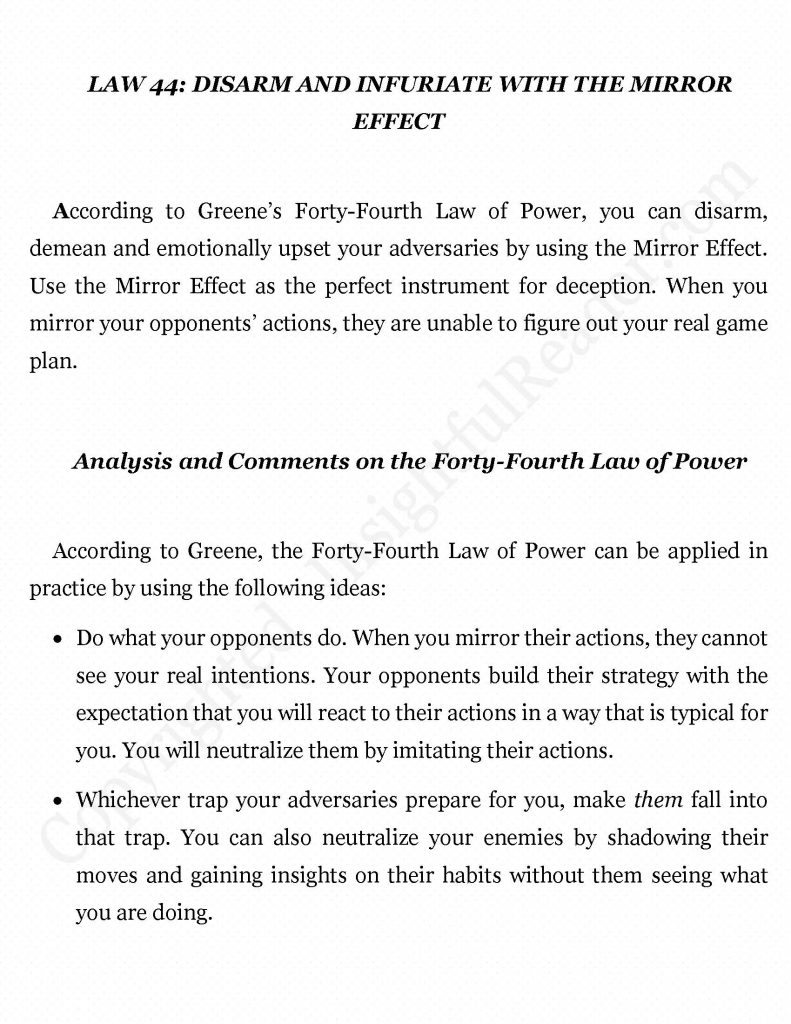 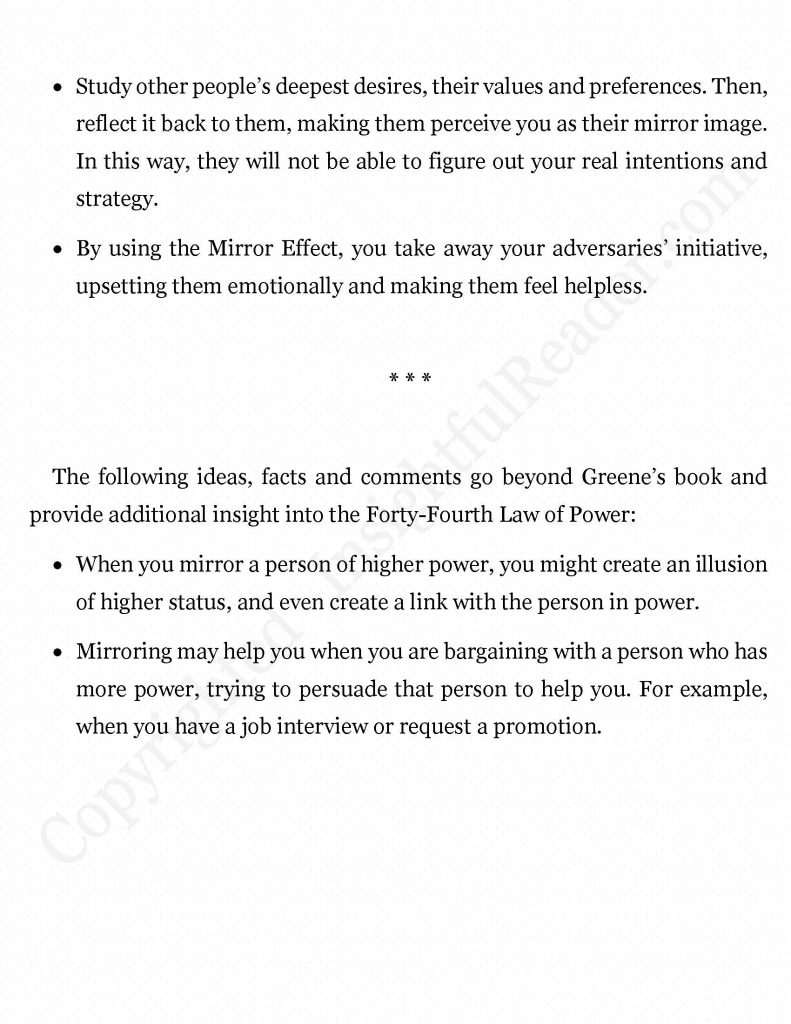 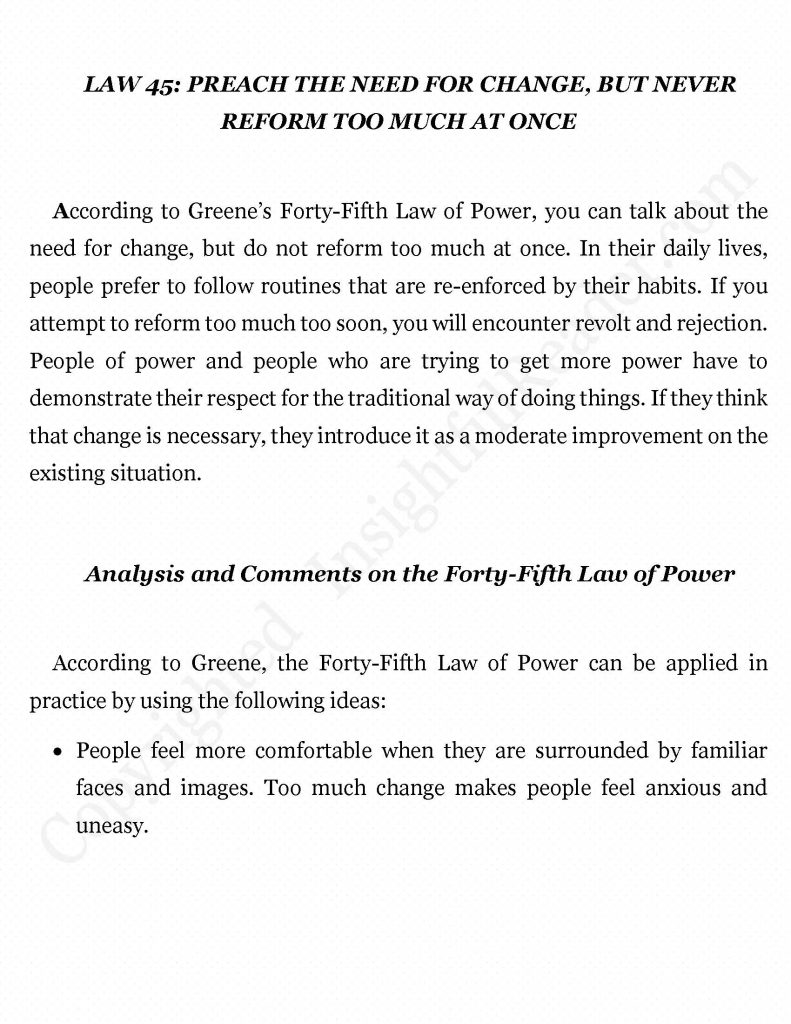 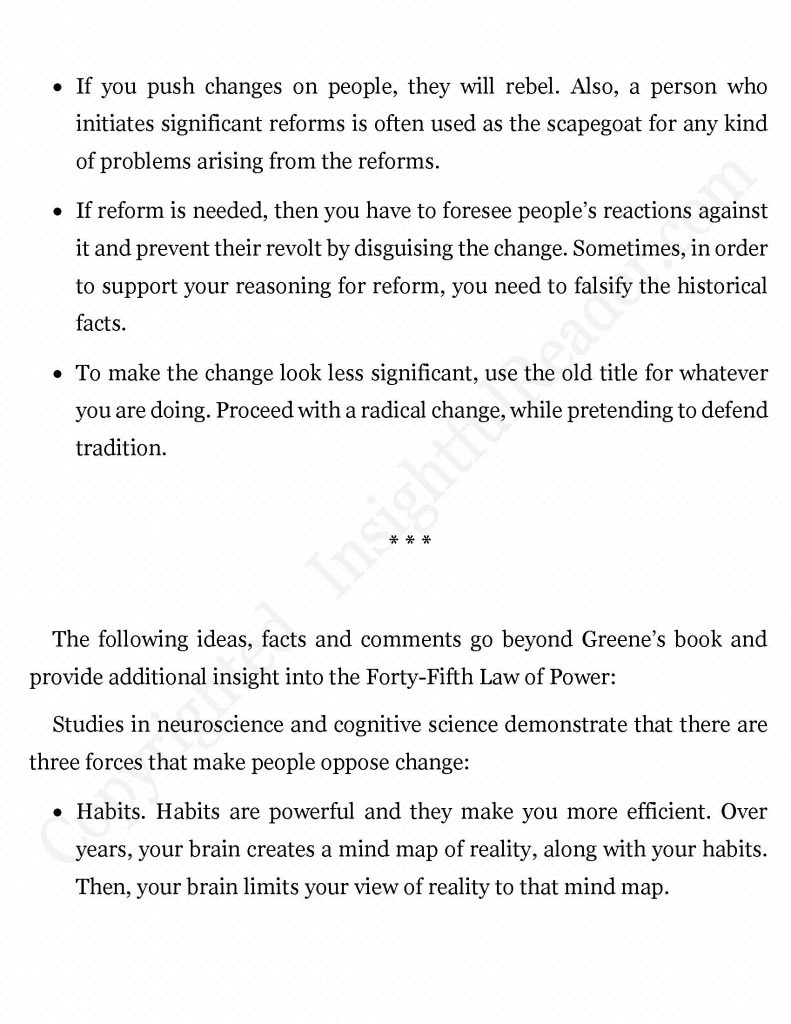 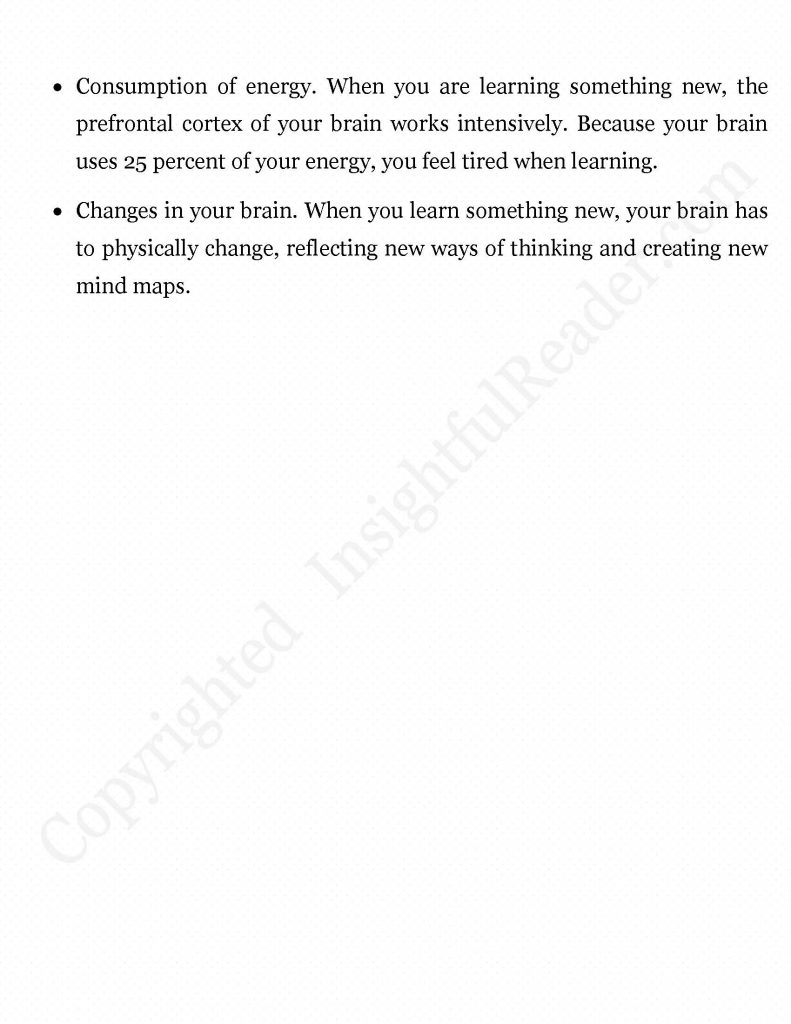 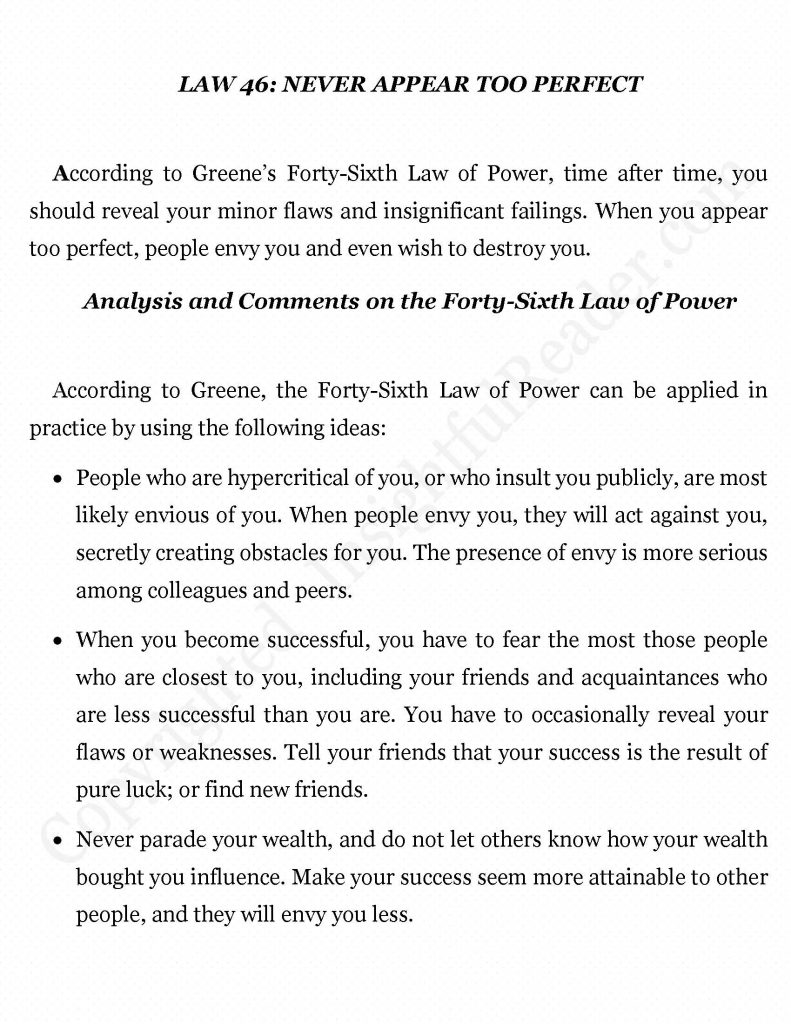 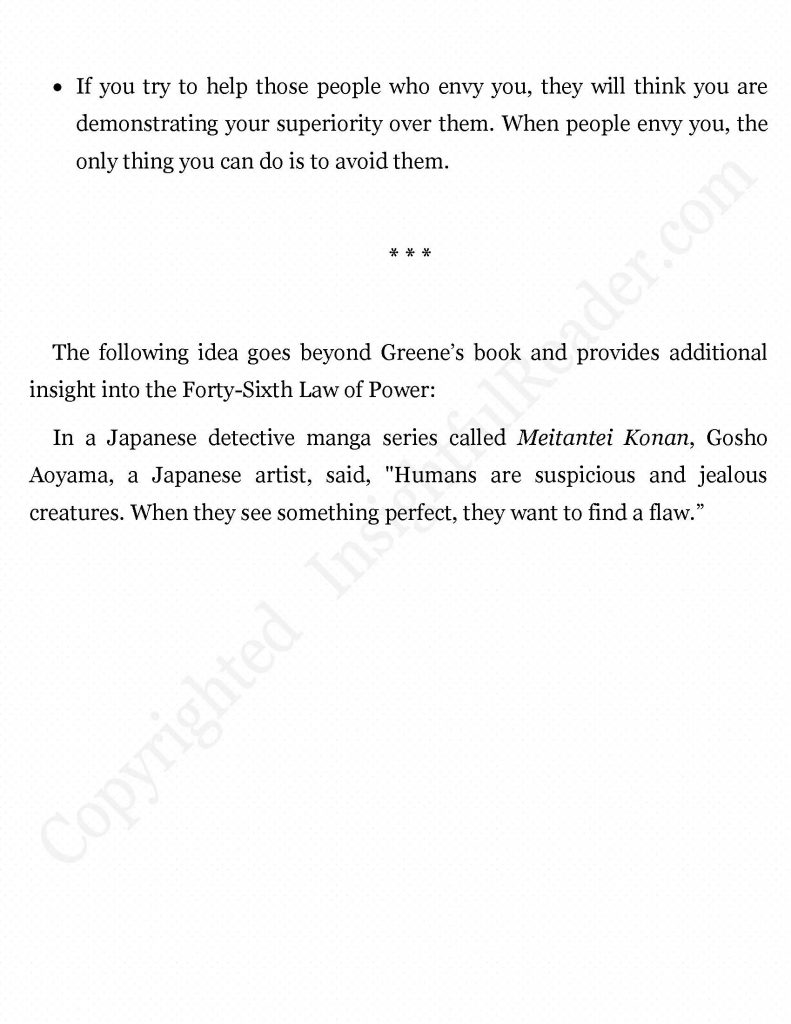 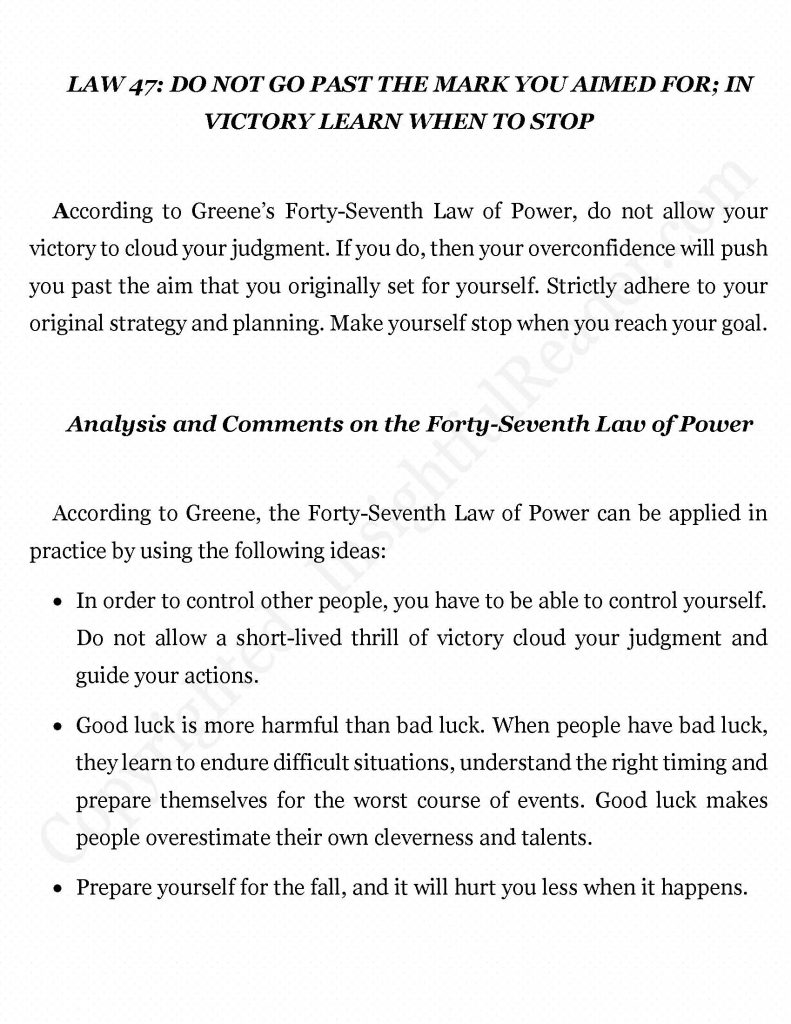 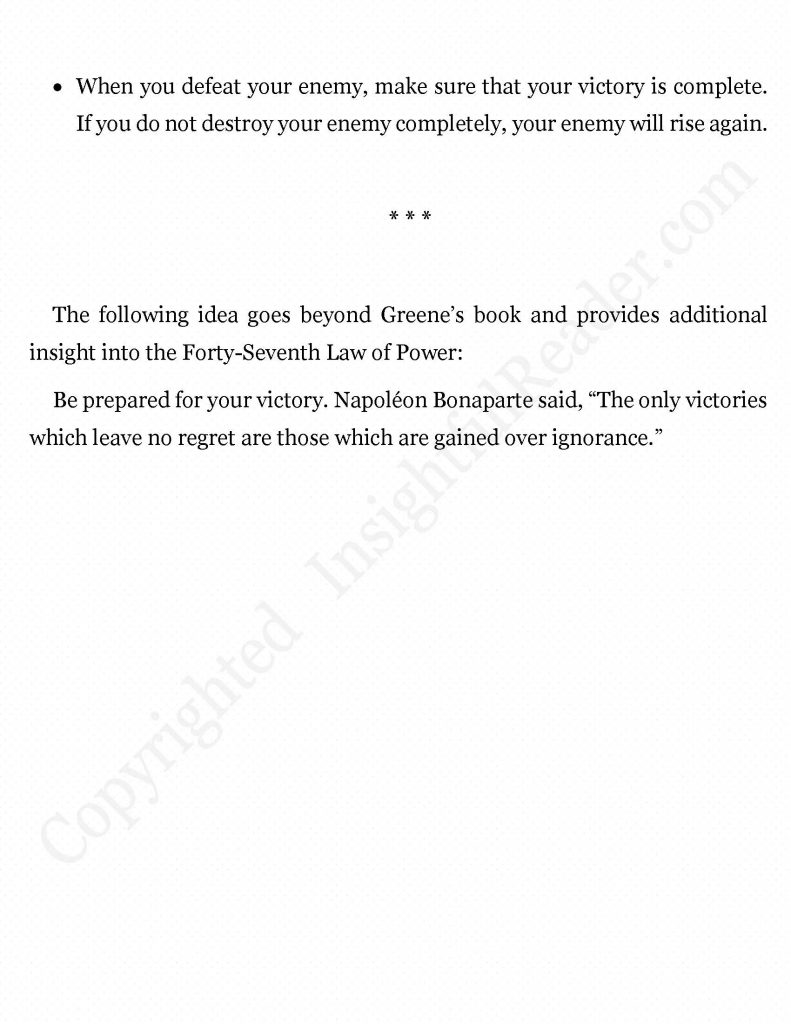 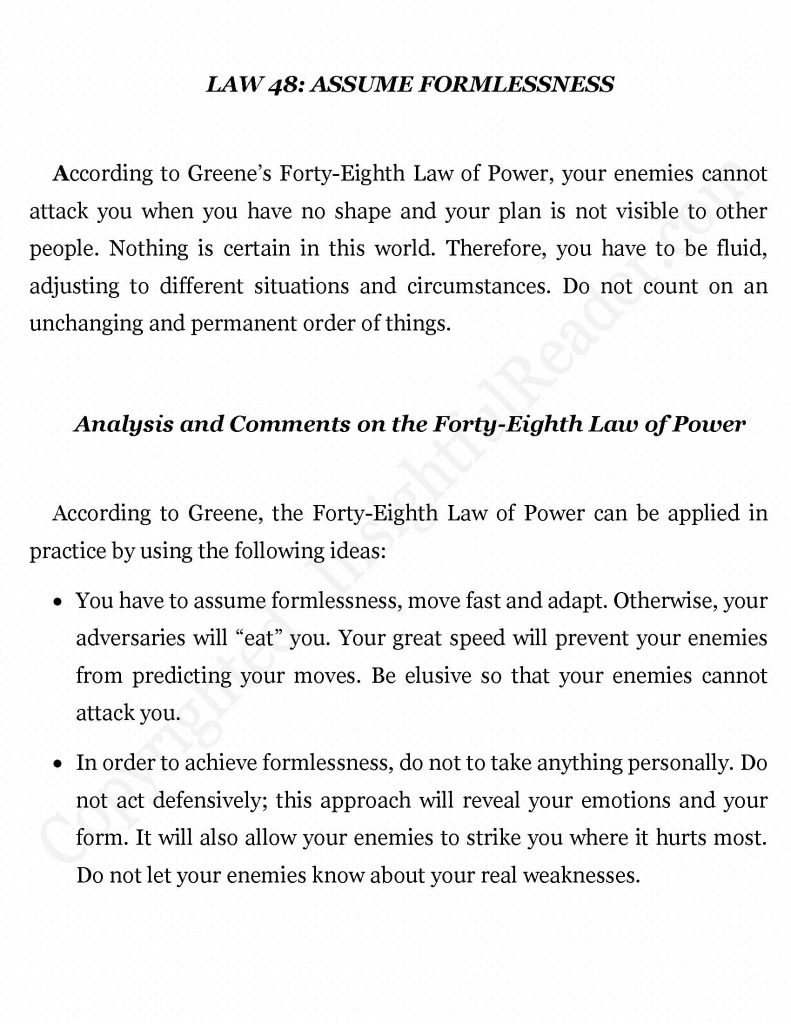 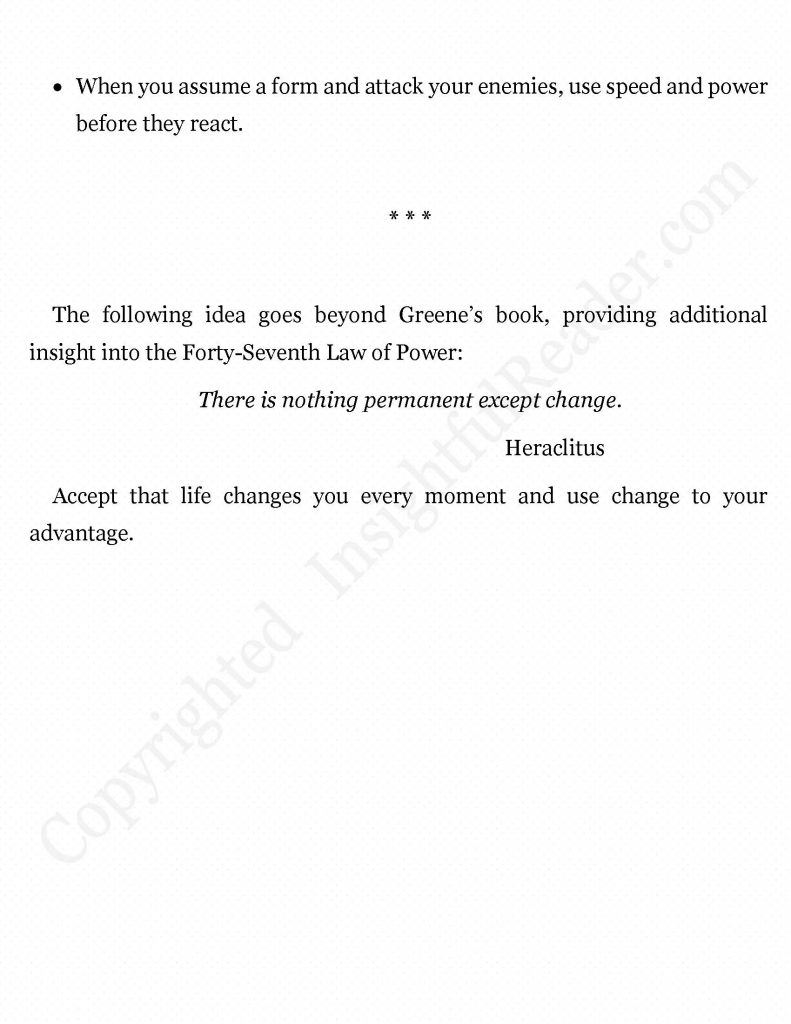 Go to Part II A Critical Analysis and References