Law 9: Win through your actions, never through argument

According to Greene’s Ninth Law of Power, you cannot win by arguing. You can win only through your actions. Your argument can temporarily change opinions, but it can create long-lasting resentment that will harm you in the long run.

For example, when Piero Sorderini, who was a mayor of Florence, told Michelangelo that the nose on a sculpture was too big. Michelangelo didn’t argue and created the appearance of changing the sculpture’s nose. As a result, Sorderini was pleased and no one got offended.

Analysis and Comments on the Ninth Law of Power

The following ideas, facts and comments go beyond Greene’s book and provide additional insight into the Ninth Law of Power:

Actions can be used as a crucial tool of persuasion and manipulation. However, do not underestimate the power of words. Some actions reach people indirectly and in some abstract way. However, if you find words that reach people directly, often carrying strong emotional punch, then your words can affect them very strongly.

Law 10: Infection—Avoid the unhappy and unlucky

According to Greene’s Tenth Law of Power, sometimes your compassion may compel you to associate with unhappy and unlucky people. However, you can become infected with their emotional state be led to your own disaster. If you want to gain power, then you have to avoid such people and associate with happy and successful people.

For example, Marie Gilbert—aka Lola Montez of Ireland, Irish adventuress and “Spanish” dancer, was famous for her liaison with King Louis I of Bavaria. She used men with high social standing for her own gain. Many men suffered because of their association with Lola Montez who had an unstable and infectious character type.

Analysis and Comments on the Tenth Law of Power

According to Greene, people who are aware of the Tenth Law of Power can recognize and avoid unhappy and unlucky infectors by using the following tactics:

The following ideas, facts and comments go beyond Greene’s book and provide additional insight into the Tenth Law of Power:

In order to get away from such people, you can follow these steps: 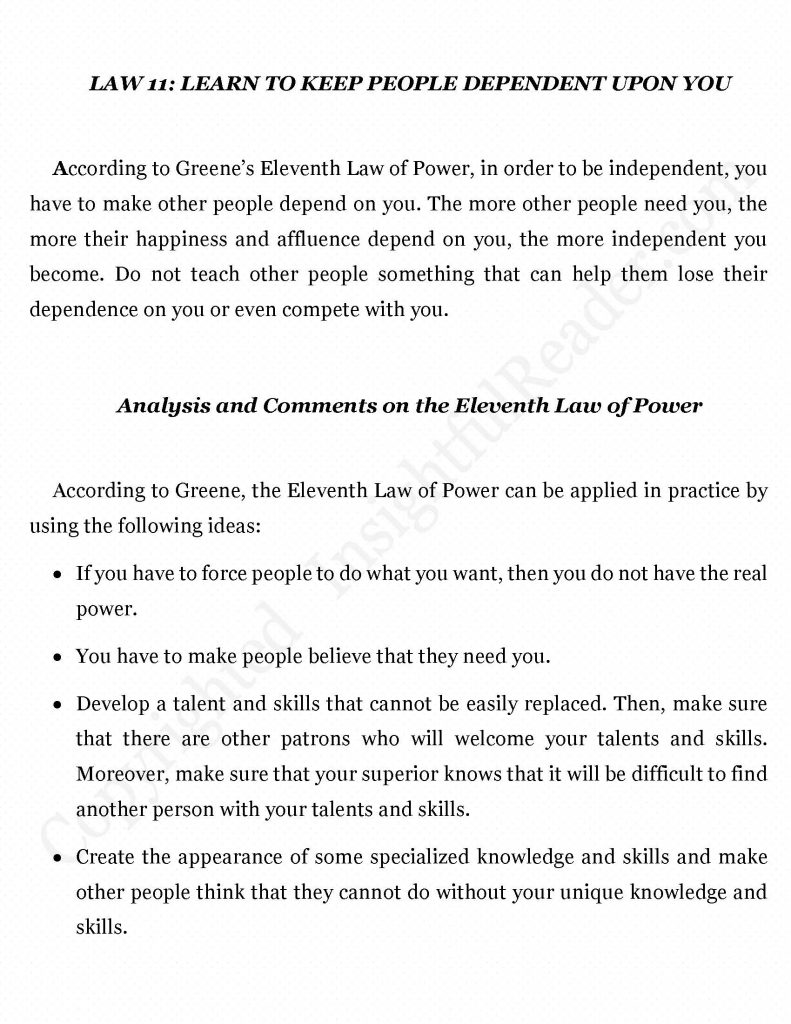 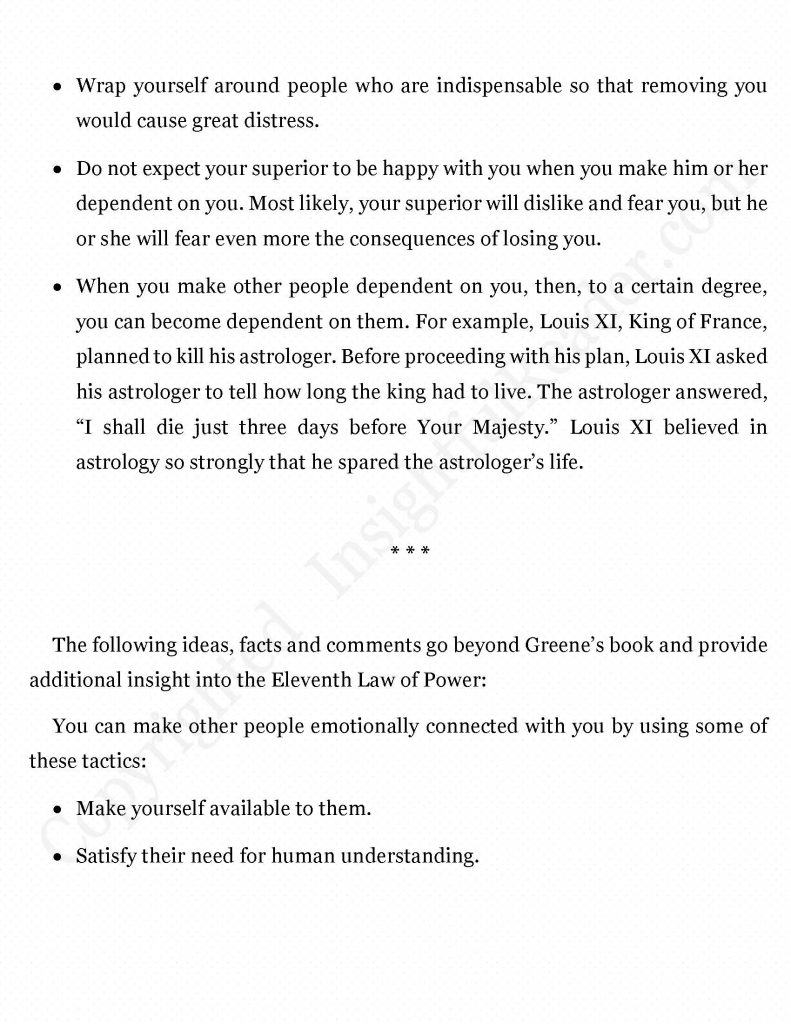 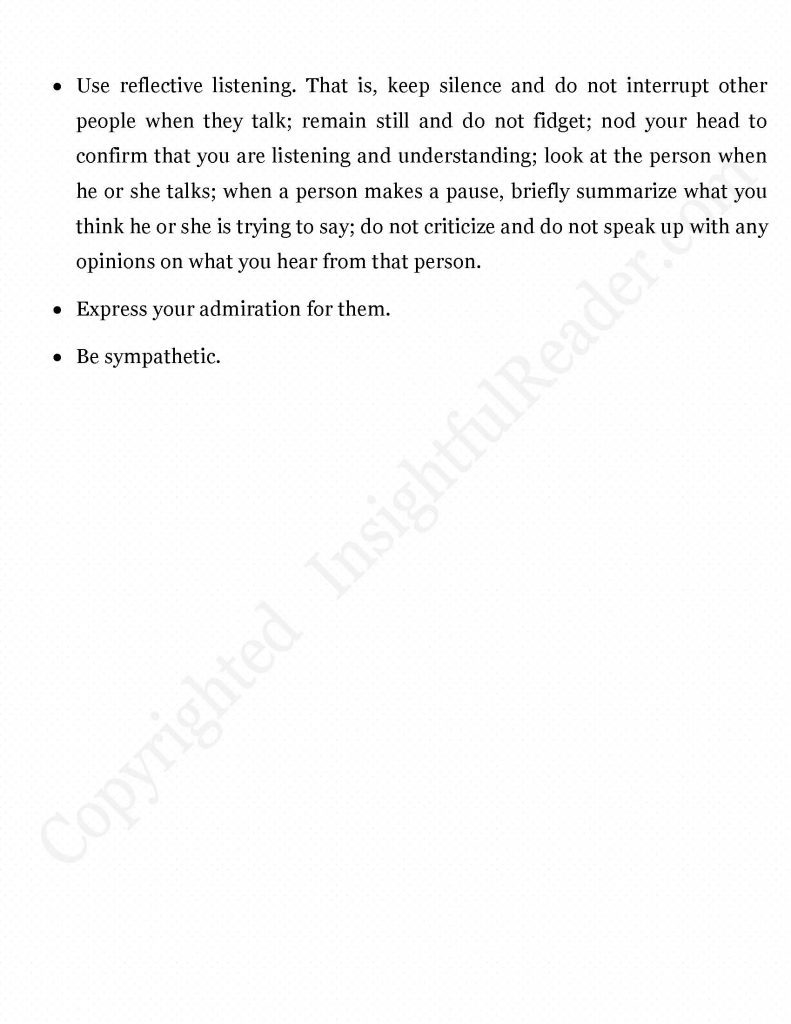 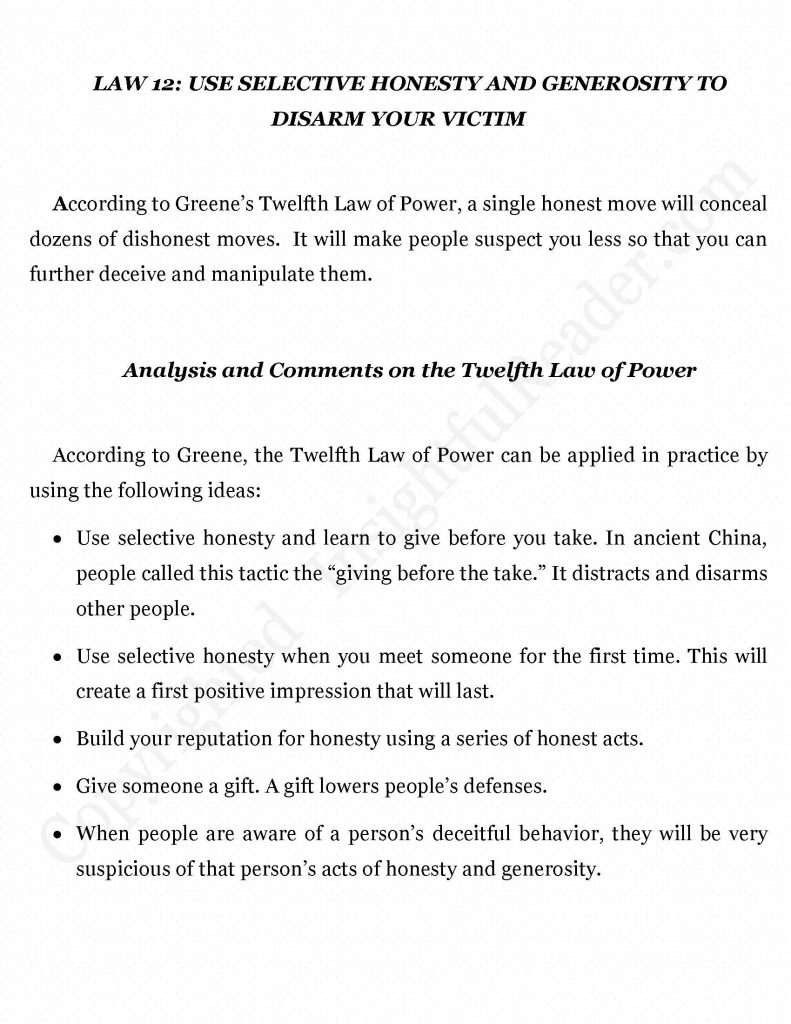 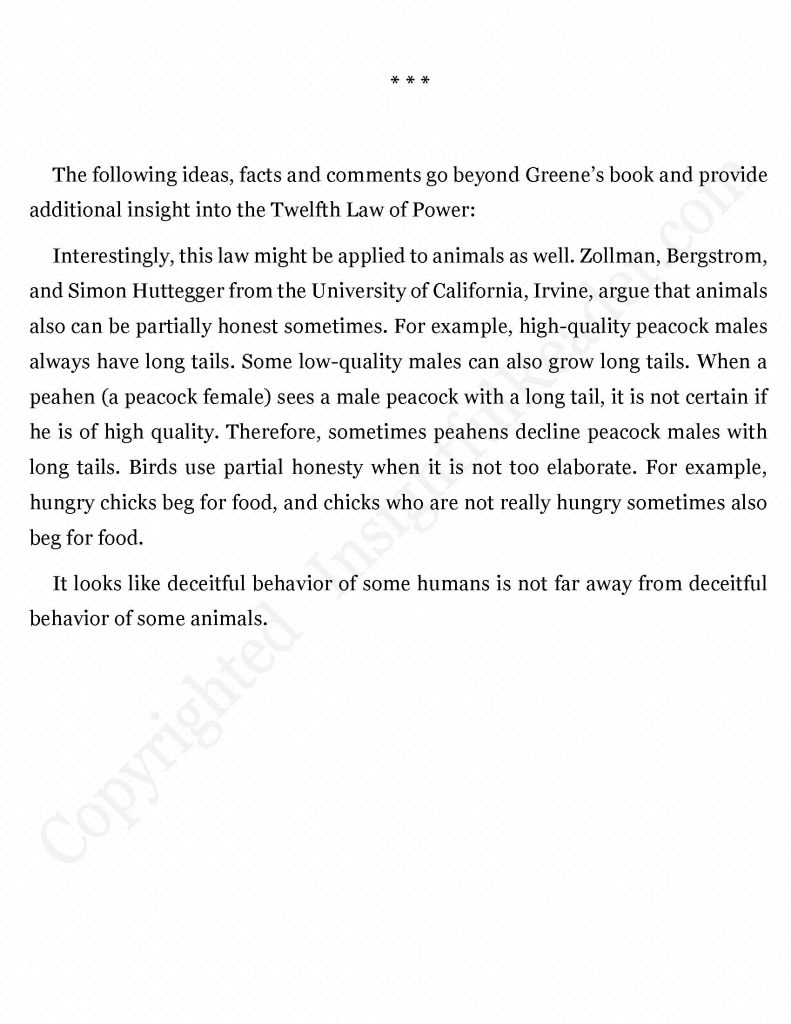 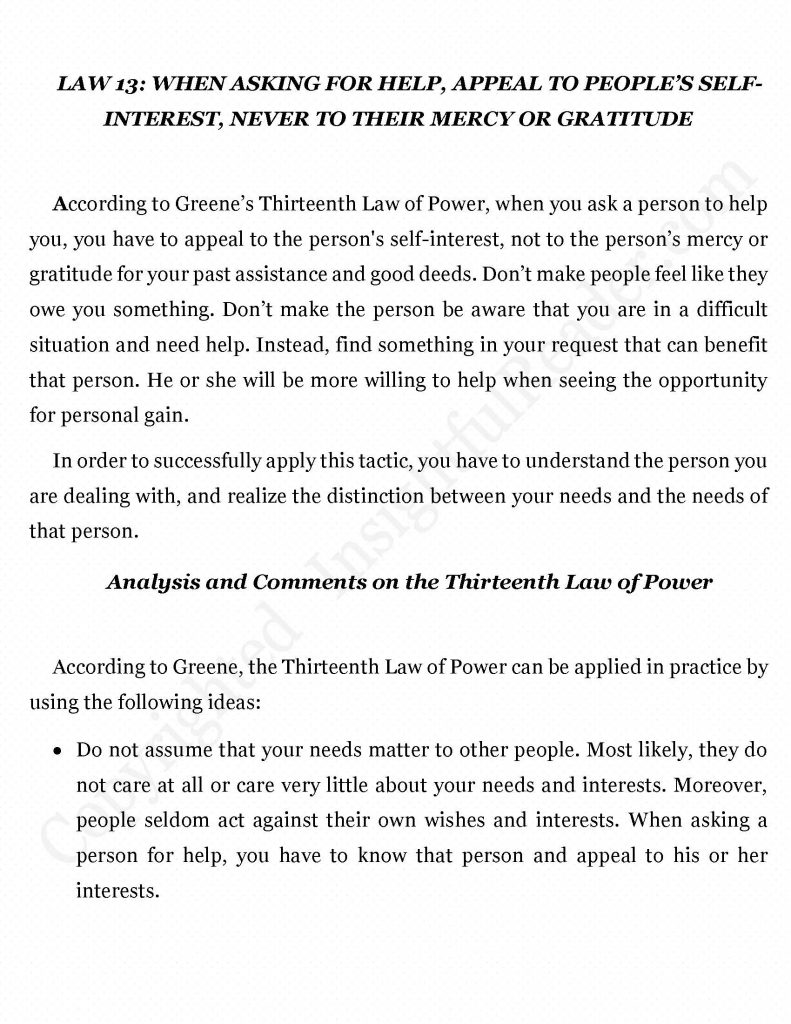 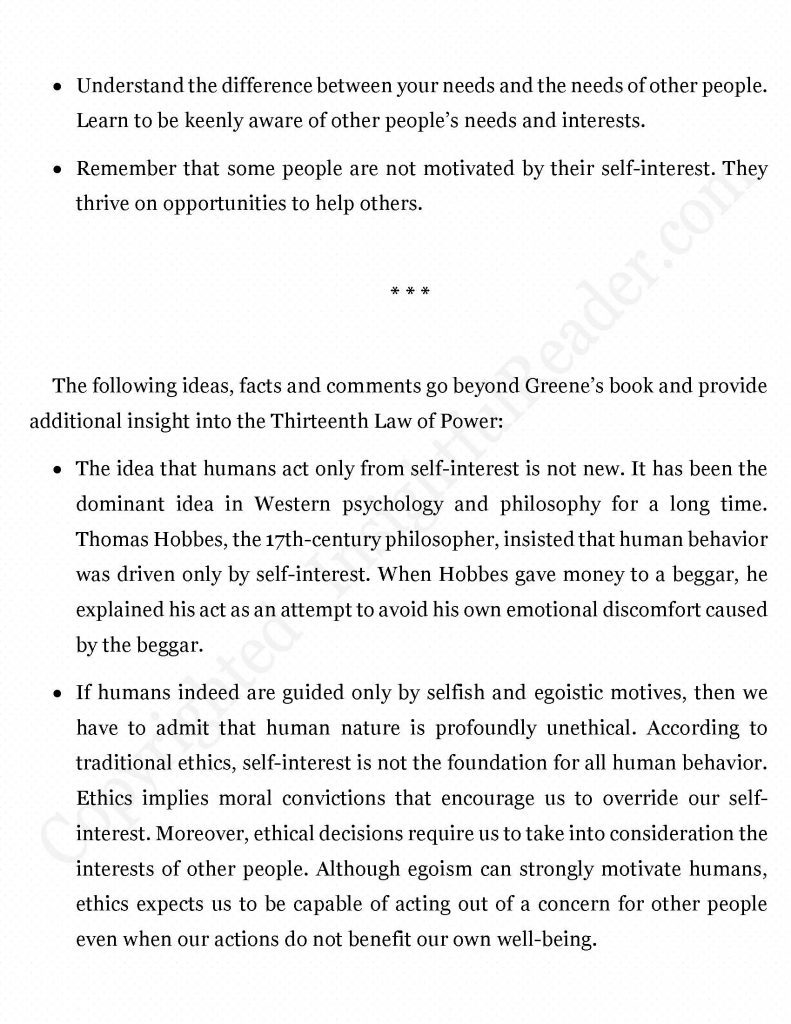 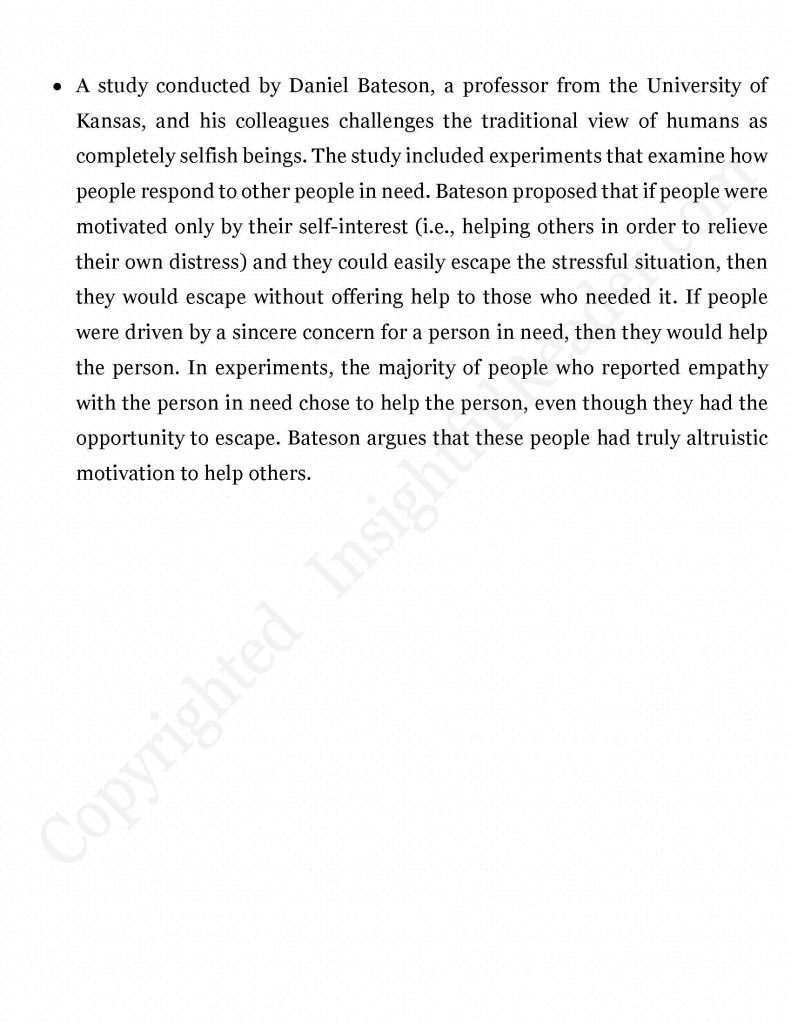 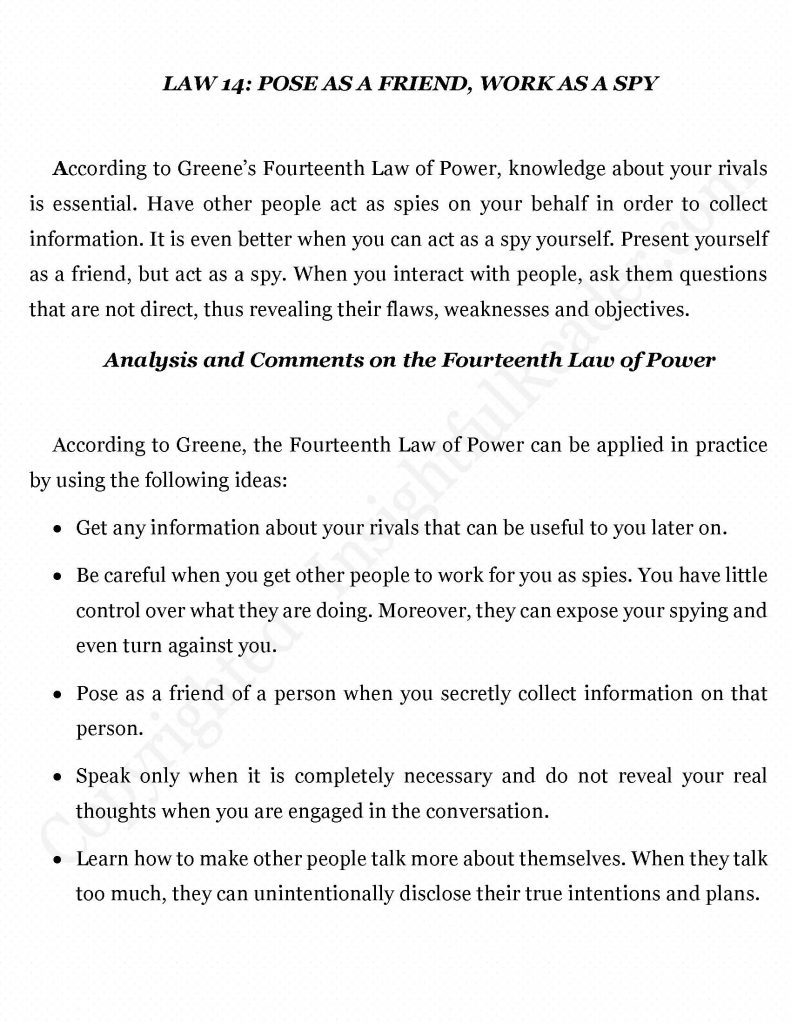 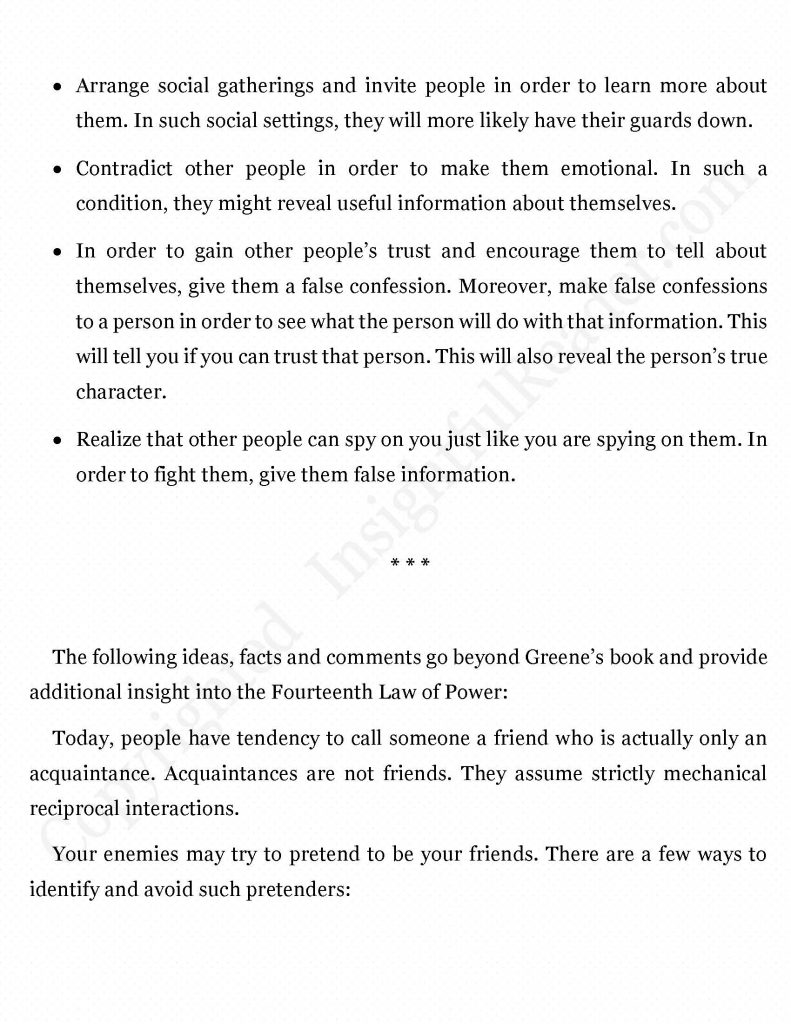 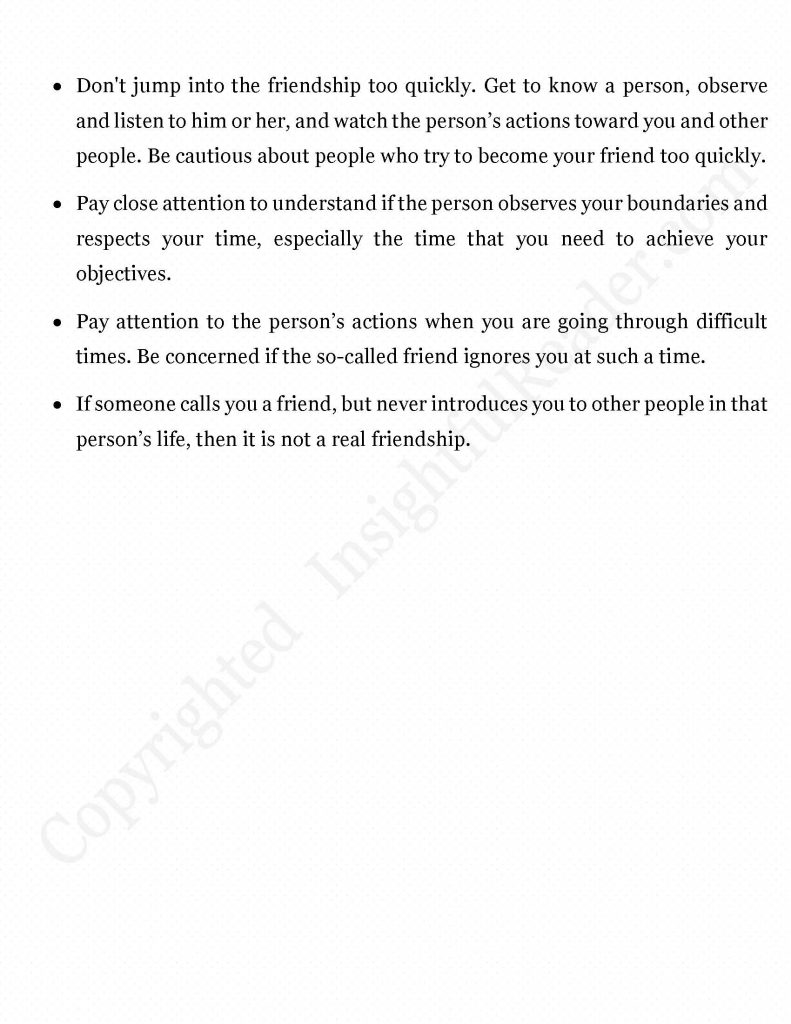 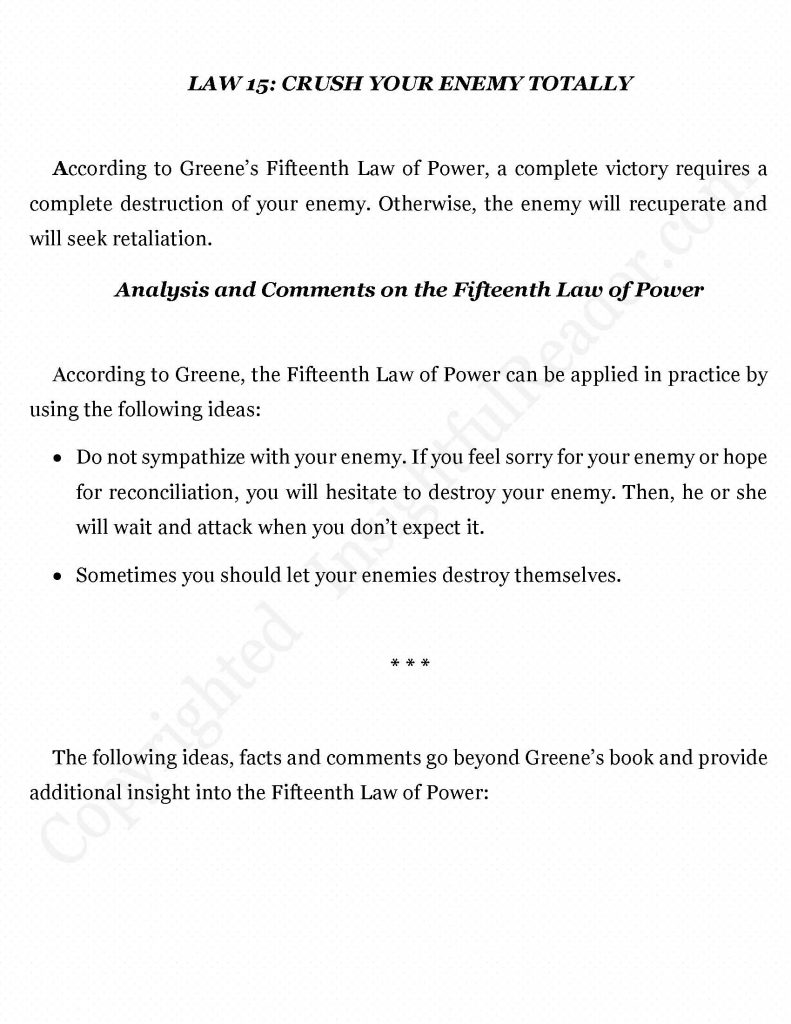 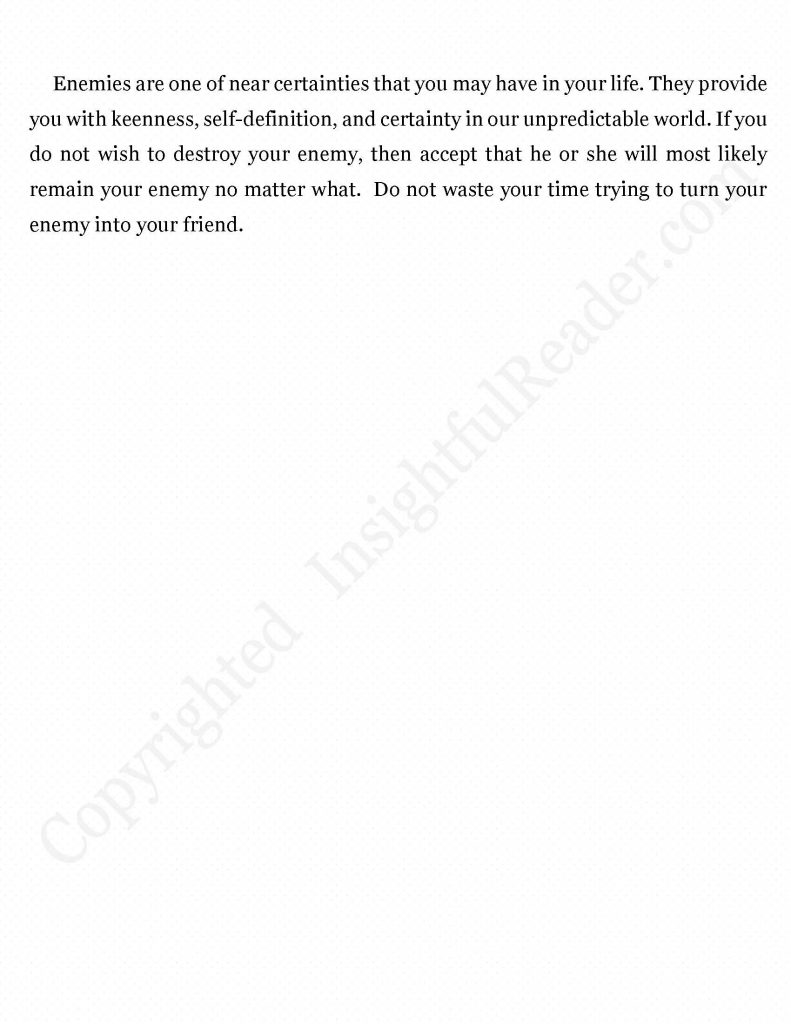 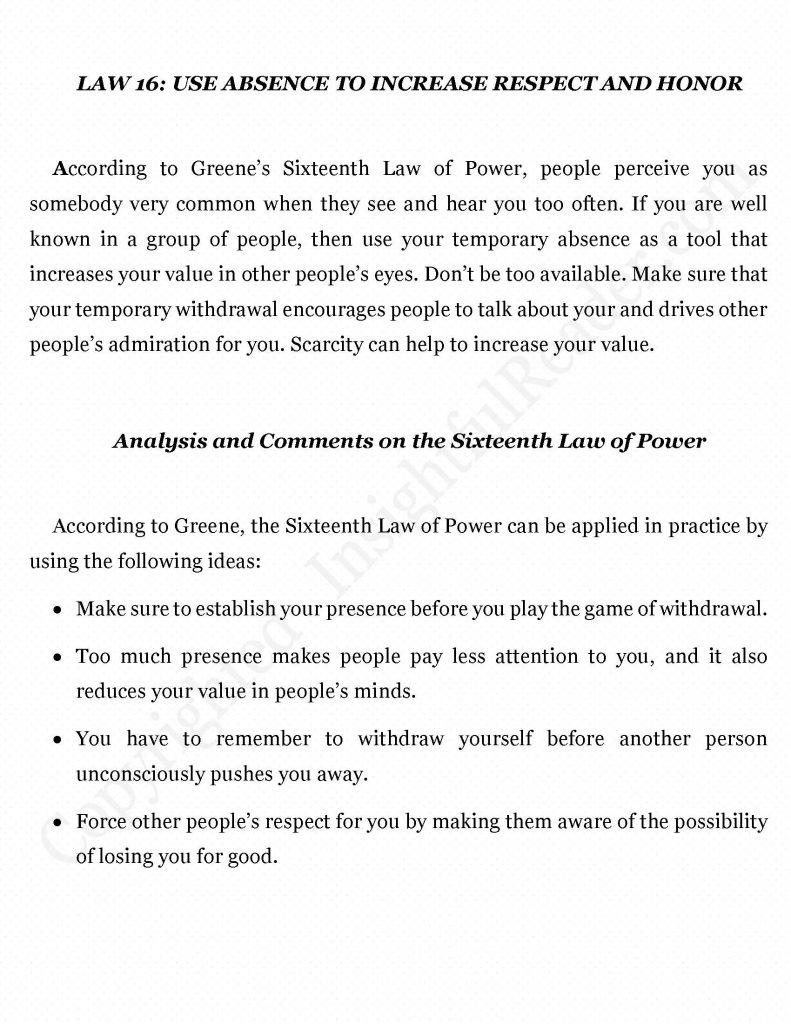 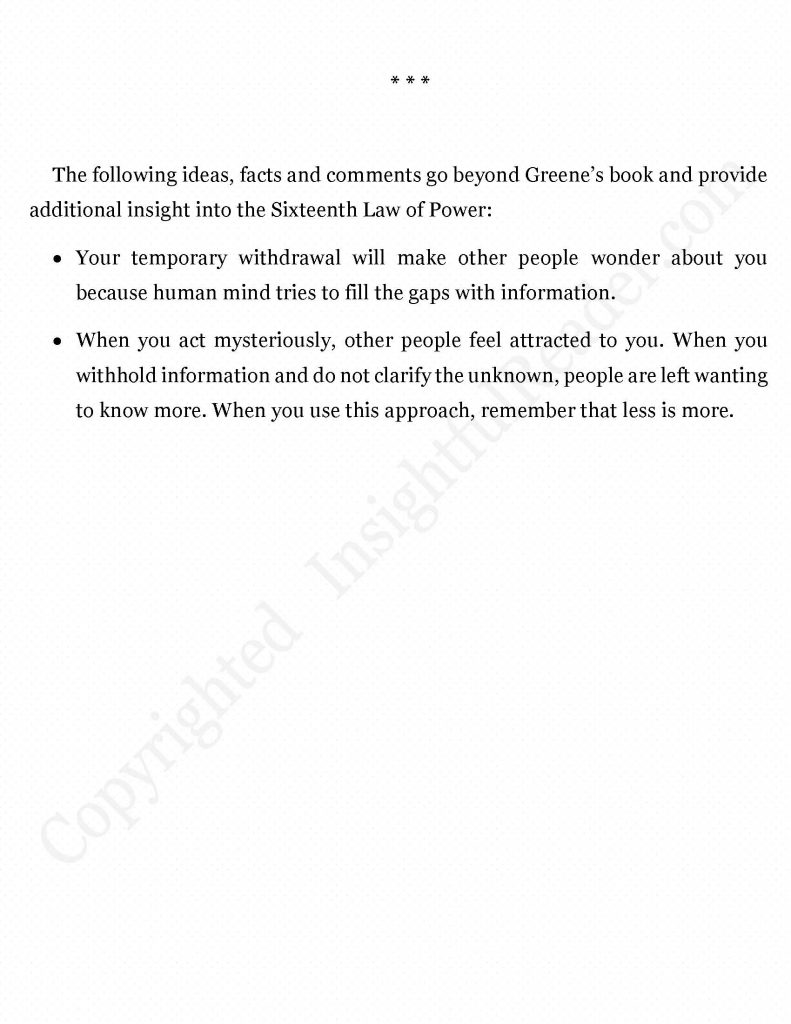