Capital in the Twenty-First Century –

How Piketty is Right and Wrong

Copyright©2014 I.K. Mullins. All Rights Reserved. No part of this book may be reproduced or retransmitted in any form or by any means without the written permission of the author.


In Part II, we identify important ideas and principal messages of Piketty’s book, analyze their structure, and discuss their far-reaching consequences.

Generally, the economic theories in Piketty’s book are divided between two points of view:

Piketty uses the data on wealth and income inequality in Europe and the United States available from the 18th century to the beginning of the 21st century. According to Piketty, the data do not support either of the above-listed points of view.

Despite the negative forecasts made by Ricardo and Marx, earnings went up. Nonetheless, Marx’s questions remain important: How does capitalism affect distribution of wealth? Is there a limit to the amount of capital that a small fraction of the population can acquire?

Piketty argues that inequality is an inevitable outcome of free market capitalism. Free-market economy refers to a capitalist economic system where prices for goods and services are not regulated. Instead, they are determined by the forces of supply and demand without governmental intervention.

However, Piketty’s argument is questionable. The modern market is not a free market because it is regulated in various ways. For example, in his article, “Why Free-market Economics Is a Fraud”, Ian Fletcher points out that politicians interfere with the market on a regular basis. He writes, “The political players in America today who claim to support free markets don’t. They support free markets in the things their backers buy, but maximum barriers to entry in the things their backers sell.” Fletcher also points out that monopolies cannot be part of a free market: “We’ve been fooled… Behind the smiling mask of a hundred labels smirks a single monopolist.” This issue is further discussed in Part III of this book. 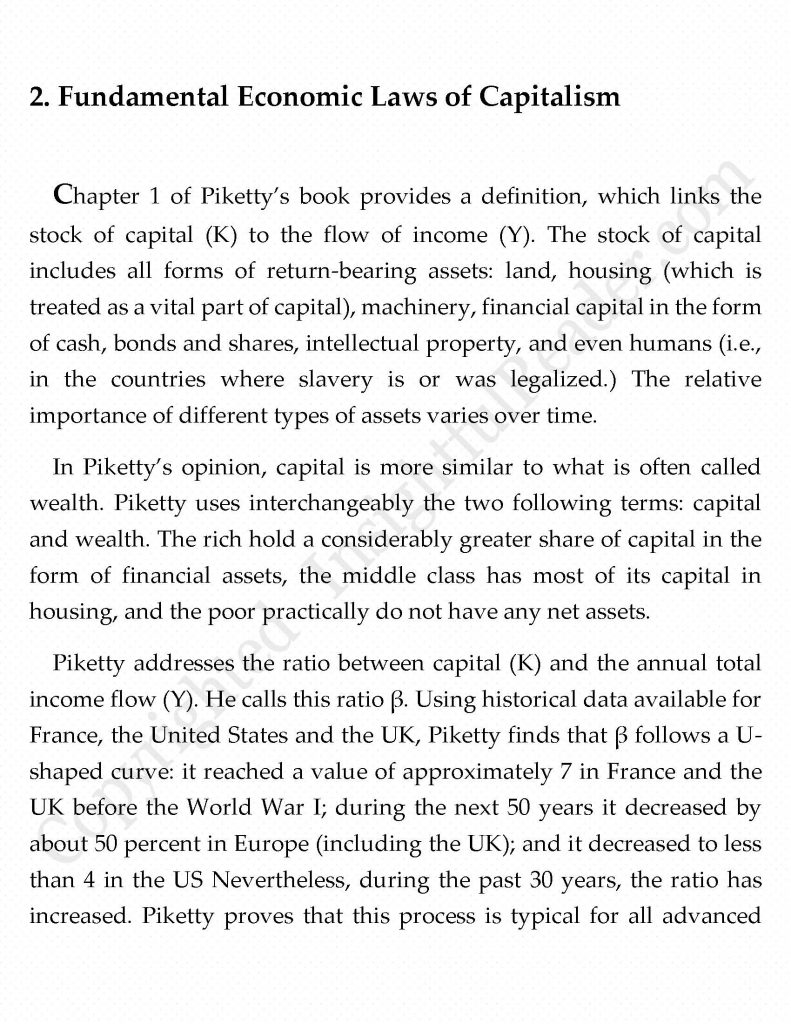 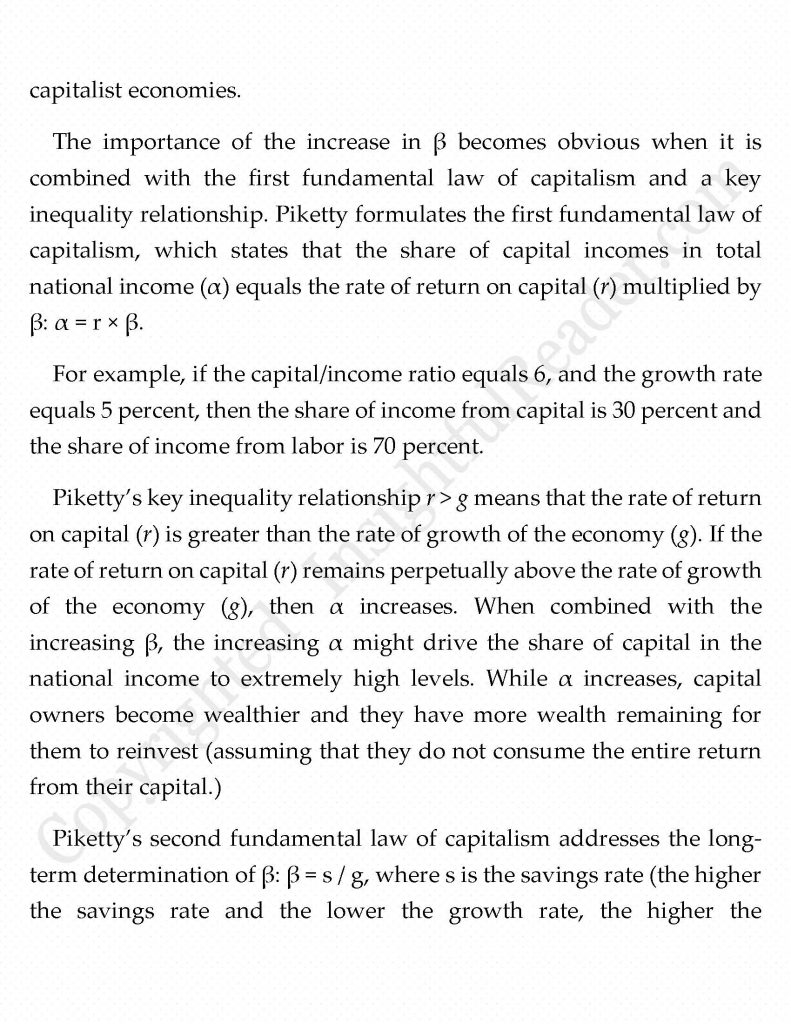 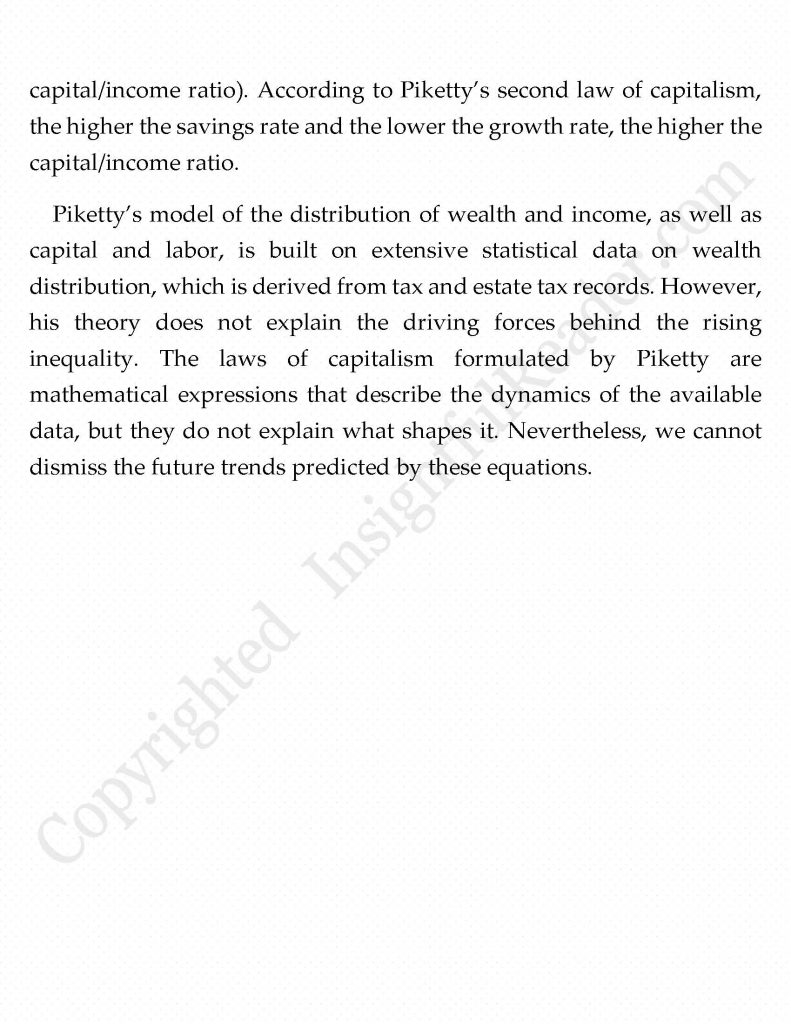 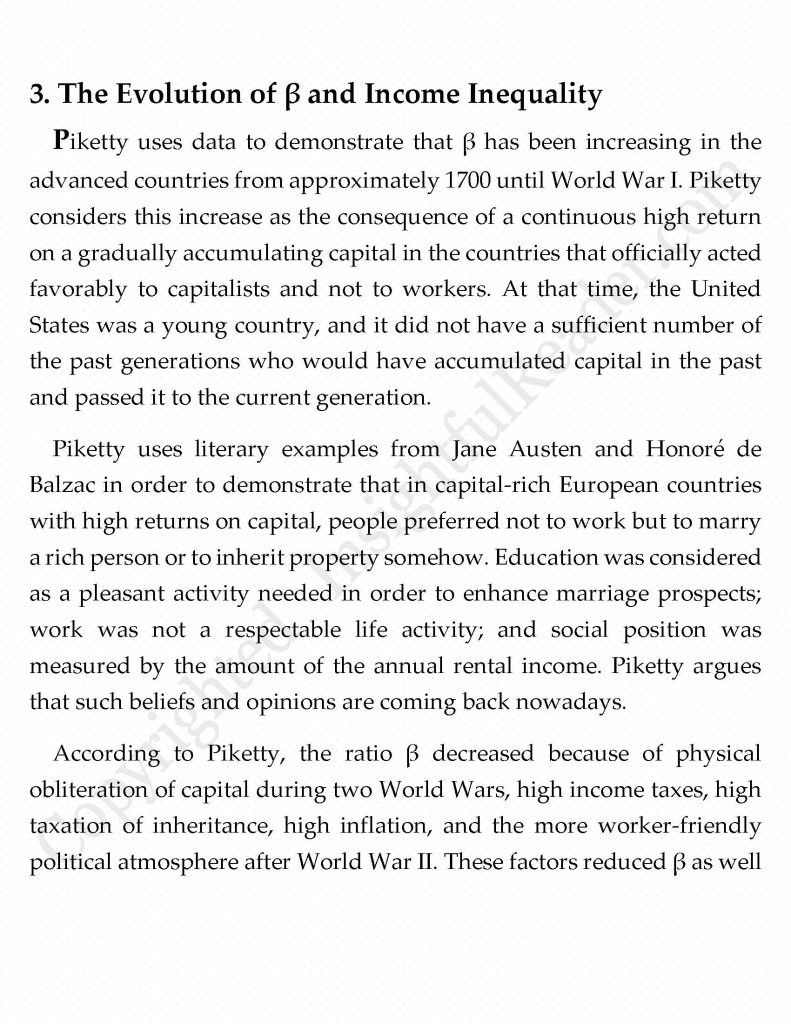 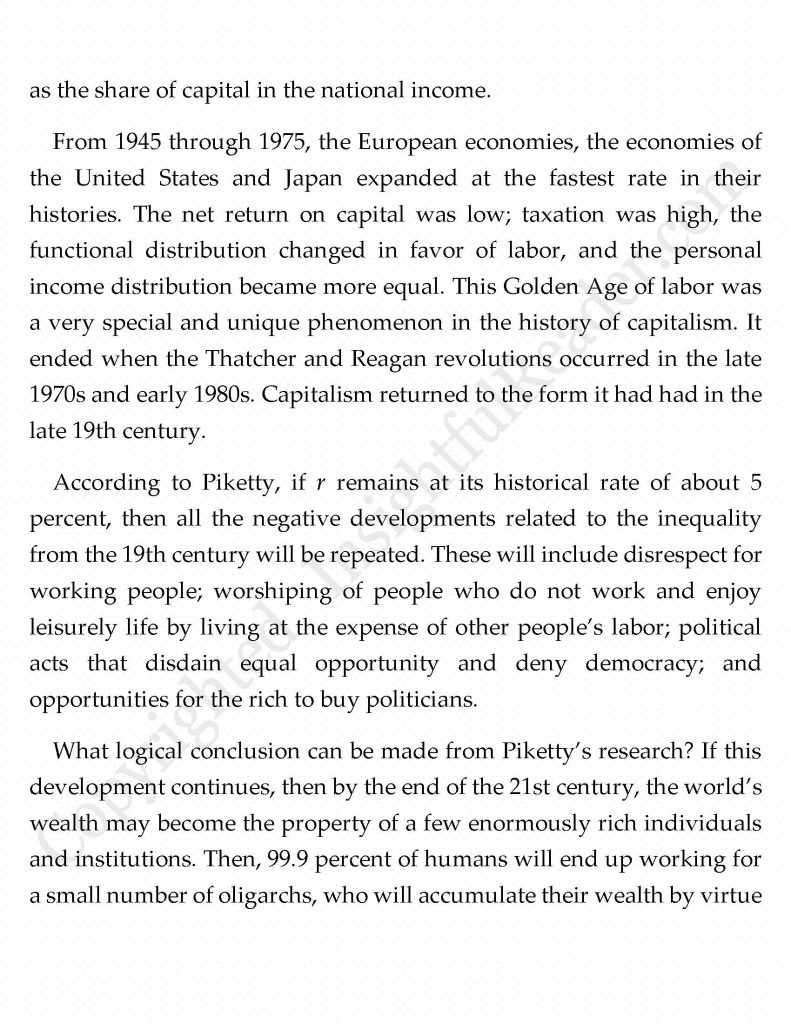 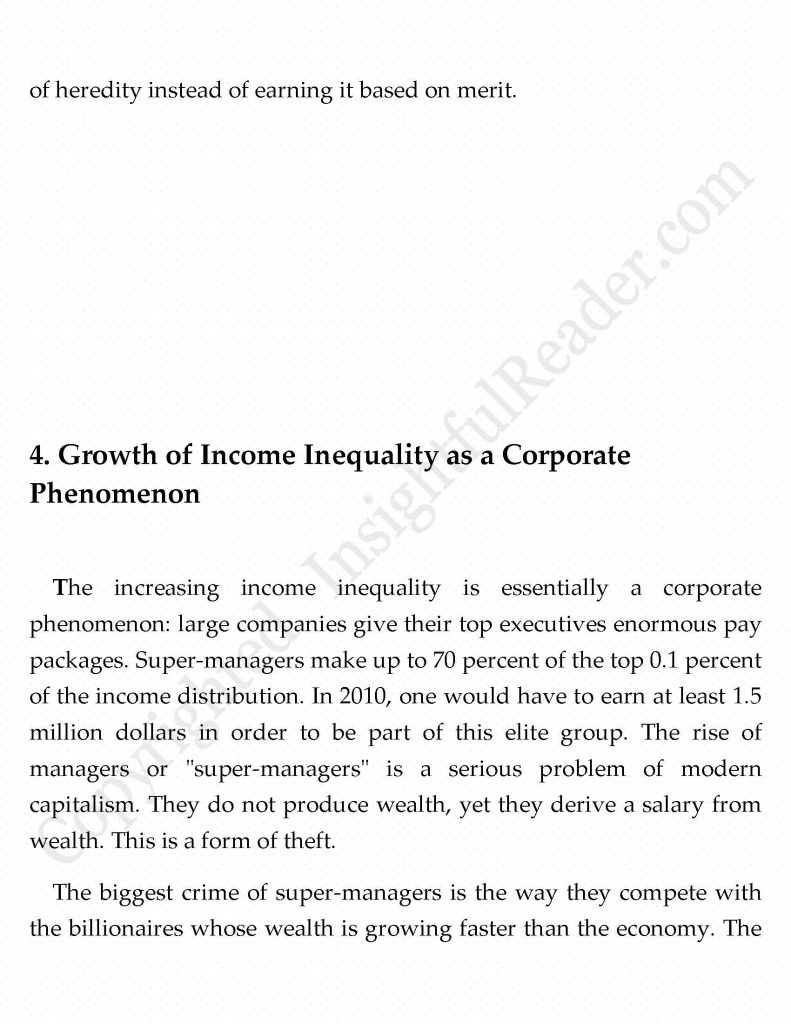 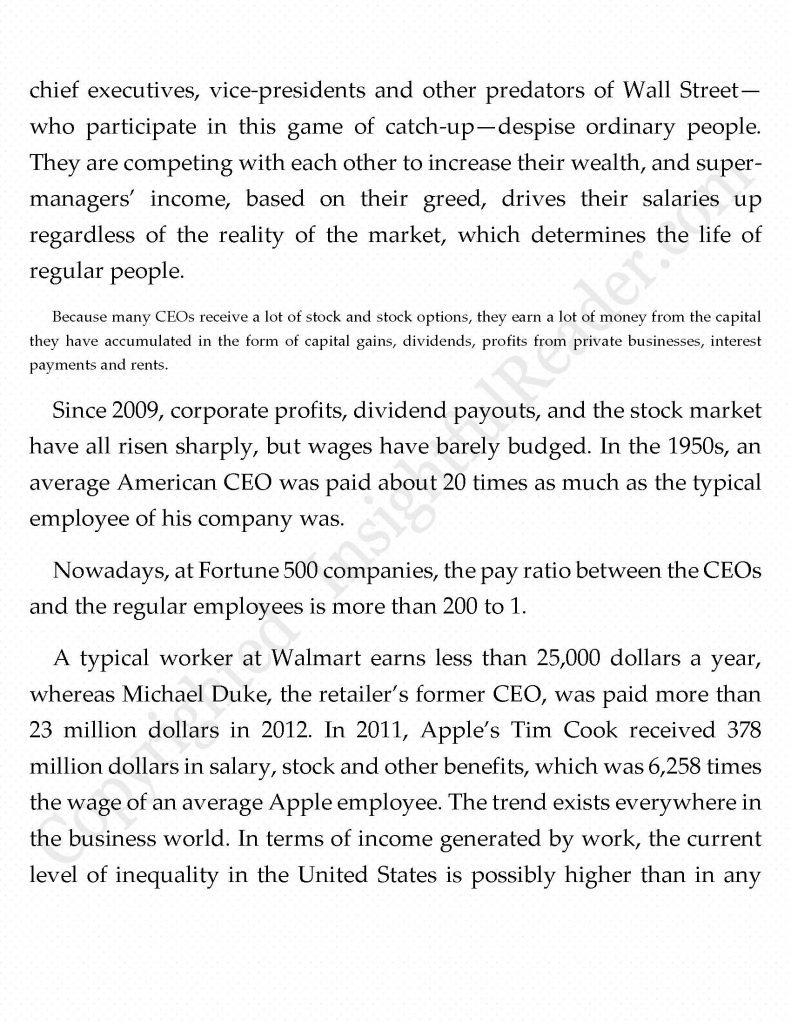 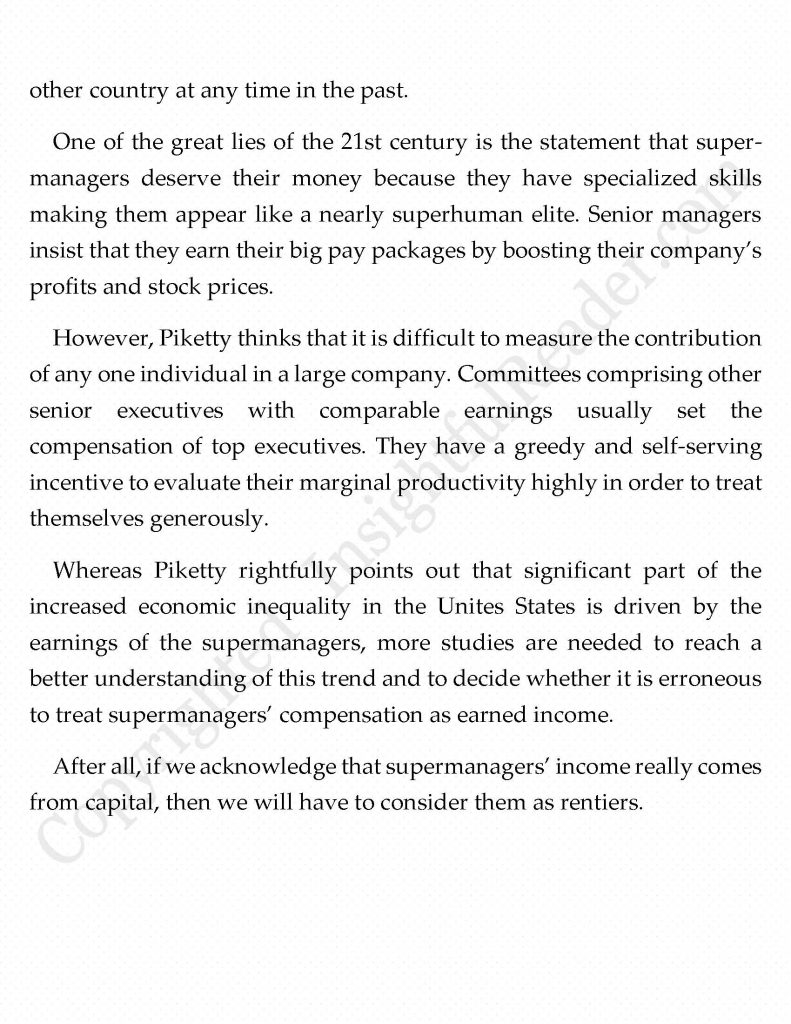 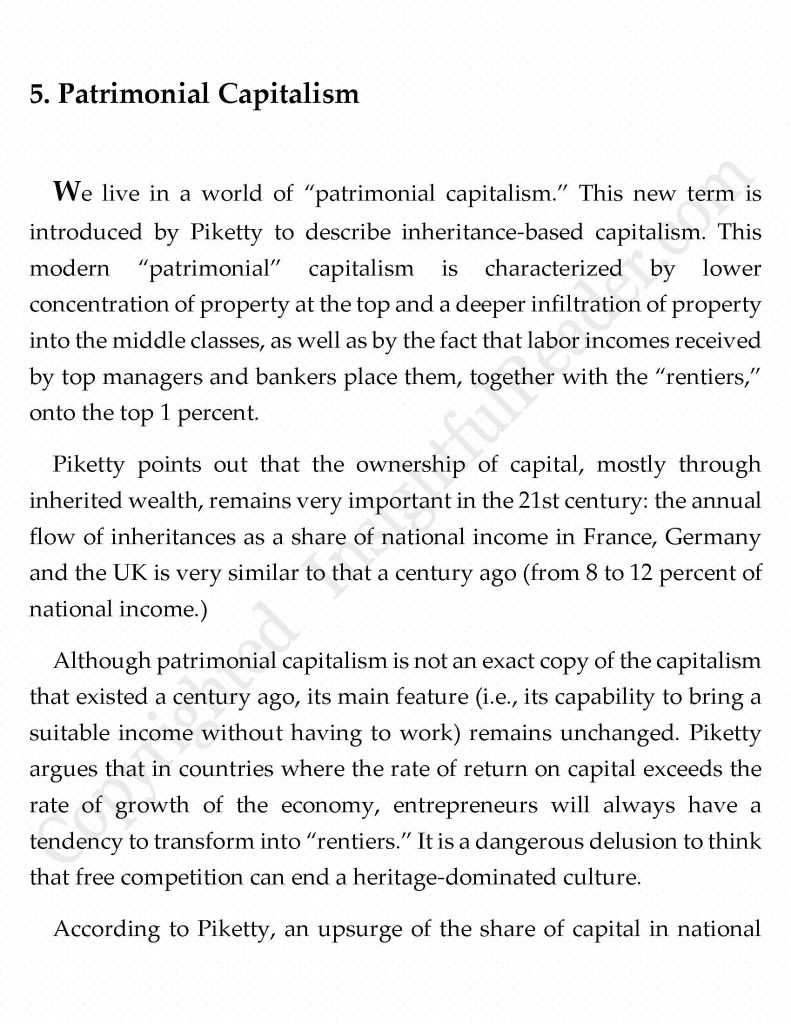 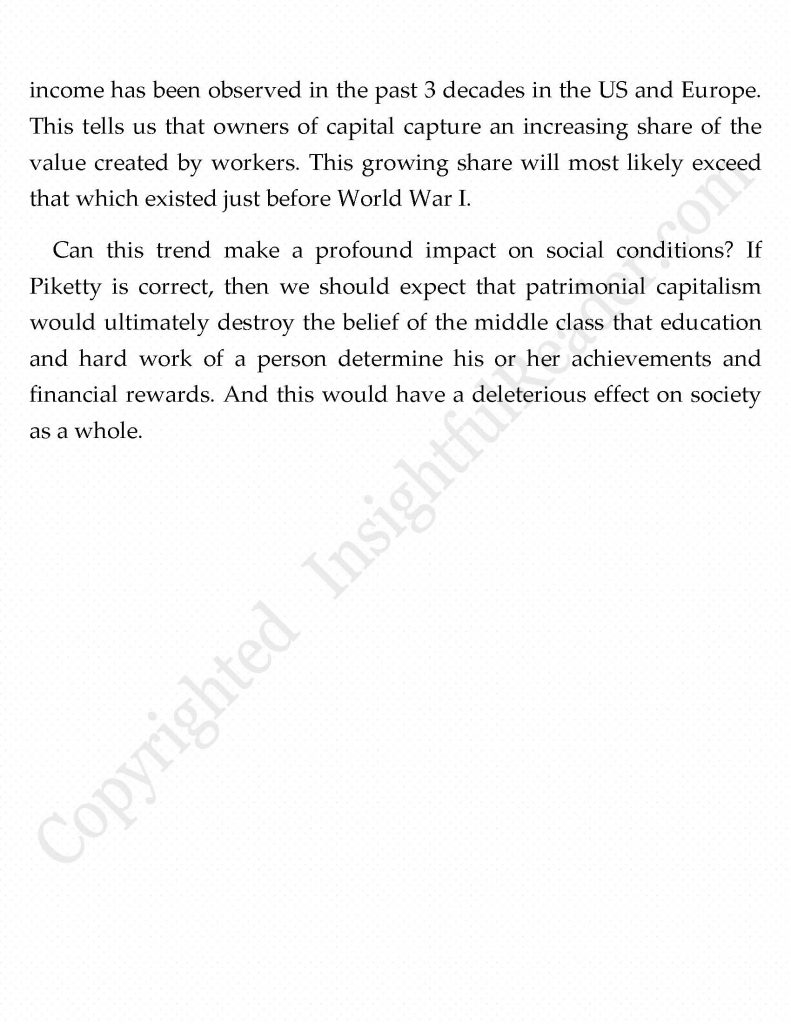 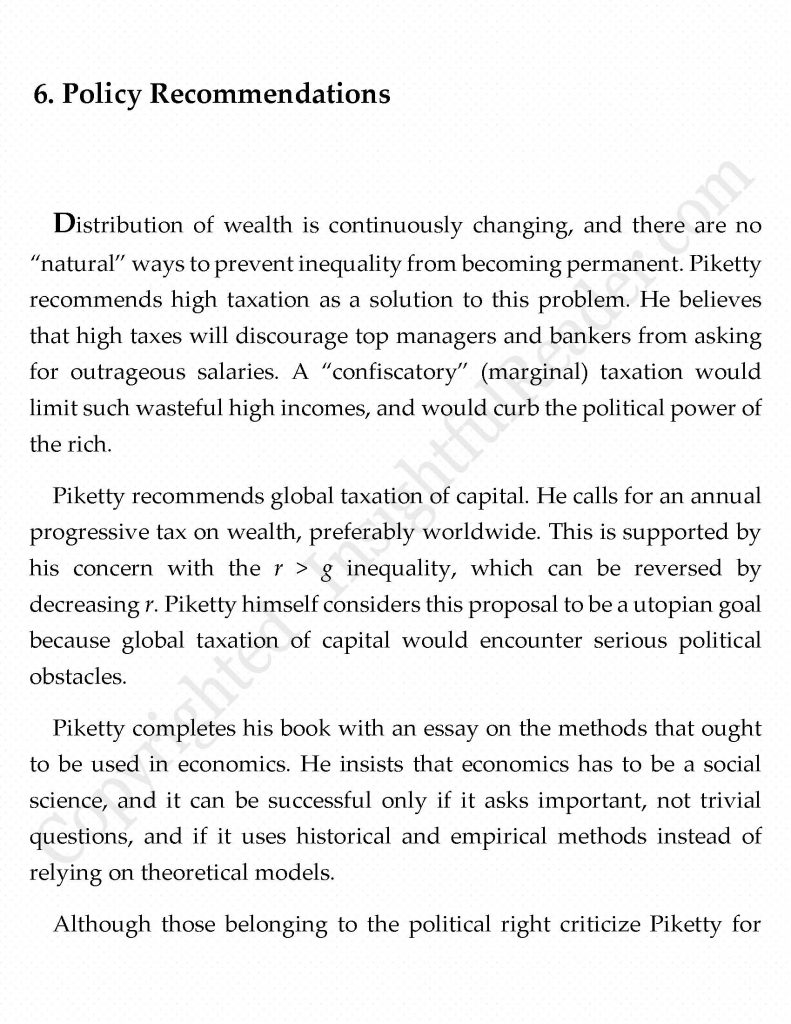 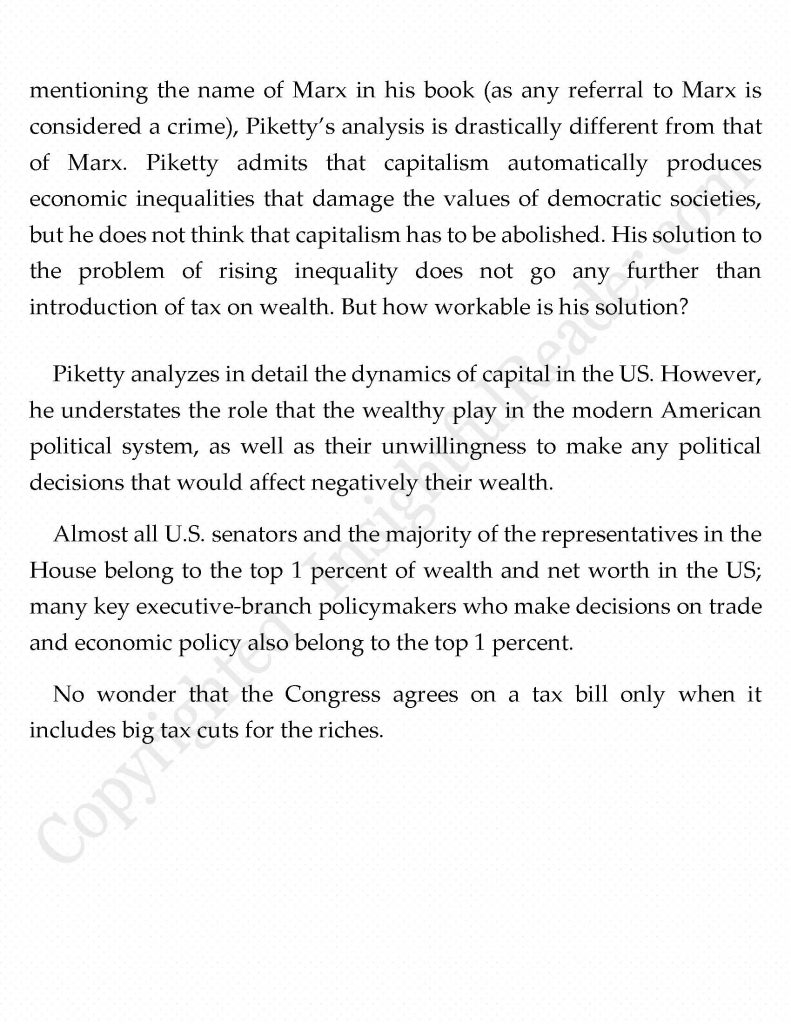 Go to Part III A Critique

Go Back to Part I A Summary